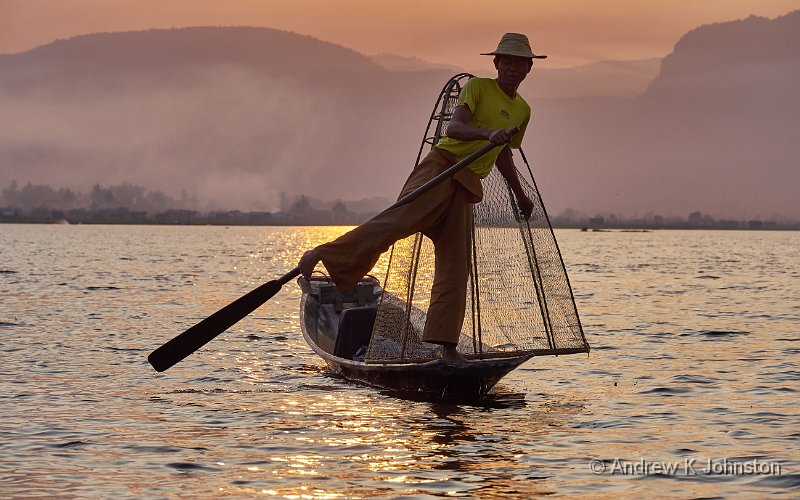 The "Light and Land Burma Sleep Deprivation Experience" (TM) gains a new twist. While theoretically we have an extra hour and a half in bed, at almost exactly 4.43 am the little boats start powering past the hotel, single-cylinder engines going full chat. I manage to hold on until about 5.30 and then get up. At breakfast I suggest the tour is re-labelled "Burma, on even less sleep than the guys who built the railway". This is acknowledged as humorous and not inaccurate, but not in the best possible taste. Sorry.

However, such complaints seem churlish when the day gets going. The first stop is the local junior school (from kindergarten to about 12). Yet again, as on the Bhutan trip, we are welcomed in to photograph the students and their activities, something which would be almost inconceivable in Britain. We get lots of shots of happy little faces. Every year Phil presents a book of shots from the previous year, and then takes a cover photo of a group of kids with the book on display. Next year’s book should include a couple of my photos, and the cover will include a record of four years of visits. 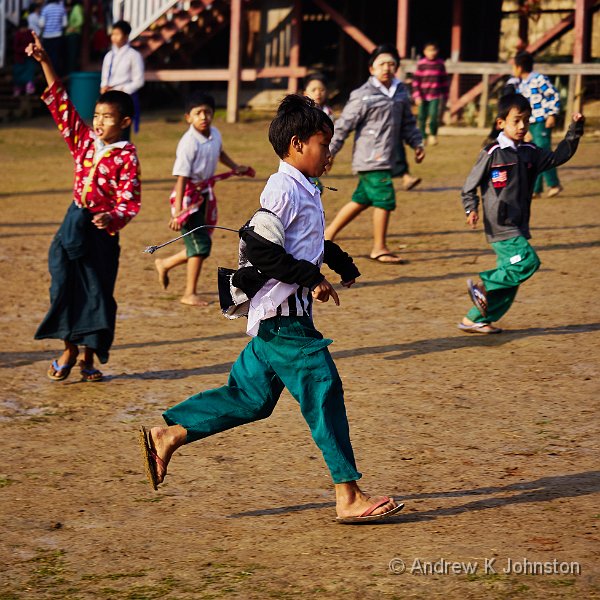 After that it’s back in the boat again, and to the local village, where our first stop is a workshop run by the Kayan people. These are the group where the women wear brass rings around their neck and legs, which is now a dying tradition but we are lucky enough to meet and photograph a couple of older ladies, and a couple of younger practitioners who are also producing great weavings. The group goes on to photograph some novices at the nearby monastery school, but I prefer to get some exteriors of the village and its canals in wonderful light. 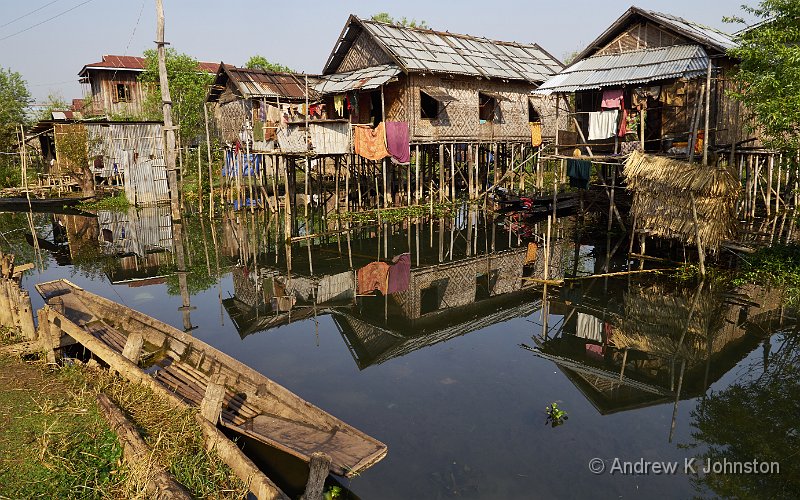 After lunch, we return to the hotel for our afternoon break. This is great in theory but the traffic on the lake is really busy, and we’re bang in the middle of it, so it’s rather like being buzzed by small military helicopters continuously for 2 hours. It’s a blessed relief to get back in the boats for the afternoon shoot.

This is quite magical. Our guide, Shine, has arranged to meet with half a dozen of the famous "leg rower" fishermen. Under his able direction, they perform over an hour of positively balletic moves in front of the setting sun, creating perfect silhouettes and also providing intriguing close-ups. My only slight concern is that we are in danger of creating communities in which modelling talent trumps, for example, the actual ability to catch fish. However for now we are the beneficiaries, and if it keeps at least the basis of the skill alive in a changing world, that’s maybe of some value.