That Shouldn’t Have Worked… 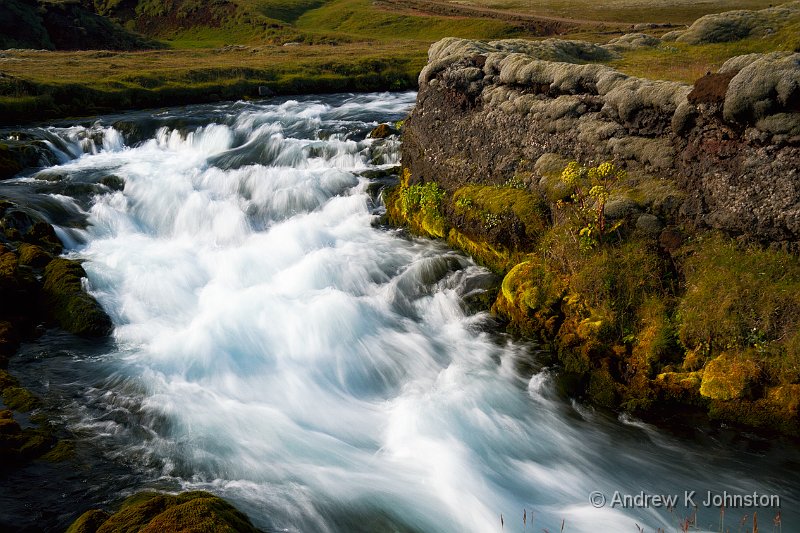 There’s a lovely moment in the film Sahara where Pitt and Giordano are following a typically desperate plan in the hope that if they can kill the villain his men will just surrender and lay down their arms. When, to their surprise, this starts to happen they look at each other and say simultaneously “That shouldn’t have worked…”. This is the photographic equivalent.

There are two schools of thought on how you should photograph moving water. One approach is to use a fast shutter speed and “freeze” the motion. I’m convinced that this is the best approach for large waterfalls, fast rivers or large waves, and you’ll see it in many of my photographs. As long as there’s enough light then there’s no major technical challenge with that approach.

The opposing school of thought is that you use a very slow shutter speed (typically a large fraction of 1s) and show the water as a blur. This expresses the direction of motion, but personally I don’t think it expresses the force or the dynamics so well. However, as Iceland has almost as many waterfalls as Venice has gondolas (see “Waterfalls, Waterfalls…”) I decided that this was an ideal opportunity to experiment.

I’ve come to the conclusion that the slow shutter speed approach does work, but it works best for small features with complex flow patterns, but relatively low flow speed/force. I’ve also reached the conclusion that a lazy man will work harder to avoid work than to actually do the job! 🙂

Here’s the official, recommended method to get a shot like the above:

In fairness, this method works well, even if your photography costs $10 a shot and you don’t see the results until six weeks after leaving the location. However, here is the alternative Andrew Johnston Patent Digital Method:

OK, if I’d had my Cokin filter holder in my bag I would have screwed it onto the front of the lens, which would at least have allowed me to brace my camera with both hands. What’s interesting is that Image Stabilisation technology is good enough that you can get decent hand-held shots at this shutter speed, and immediate digital review allows you to check their sharpness.

Next week – how to induce temporary paralysis so you can hand-hold for 25s for fireworks!

This entry was posted in Iceland Travel Blog, Photography. Bookmark the permalink.