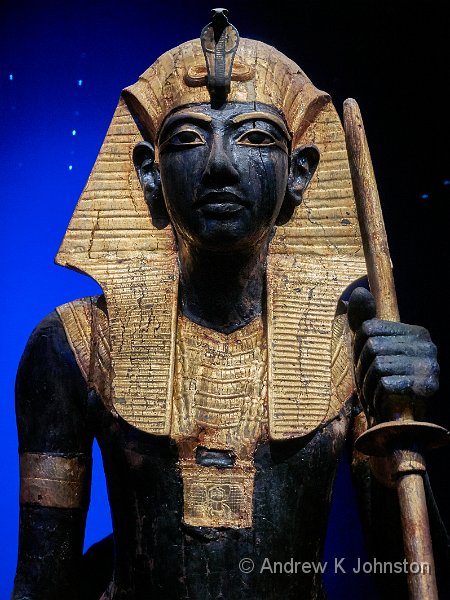 Tutankhamun: Treasures of the Golden Pharaoh

Ahead of the opening of the new museum at Giza dedicated entirely to Tutankhamun, some of the treasures from his tomb have been doing a last "world tour", including London’s Saatchi Gallery. They will be there until 3rd May.

We visited the other day, and I simply have insufficient superlatives. "Blown away" maybe just covers it. It’s hard to credit that many of these beautiful statues, jewels and other grave goods are over three thousand years old. 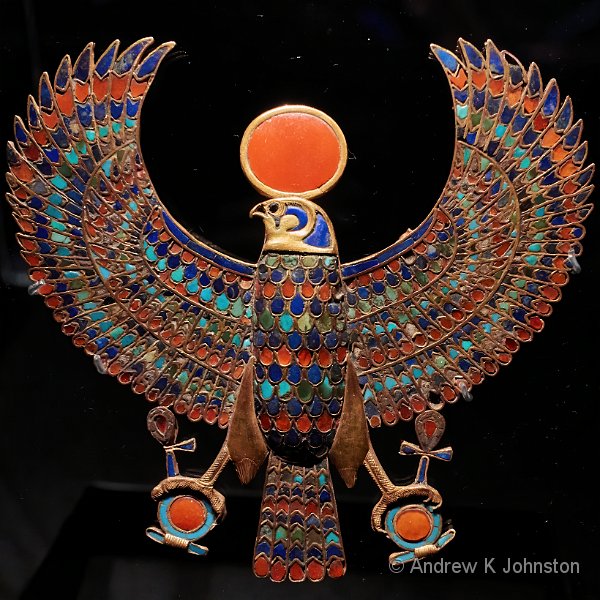 I would also like to say a big "thank you" to the exhibition’s organisers. The numbers were being managed perfectly – enough that a reasonable number of people get to see the treasures, but not so busy that there was any jostling or a problem if you wanted to study an item closely or take a photo. Buggies and large bags aren’t allowed, so that filters out two of the main causes of congestion. This also ensures that the children present are old enough to appreciate it, and I have to say it was a delight to see so many youngsters engaged with the exhibits, not just dashing from screen to screen. 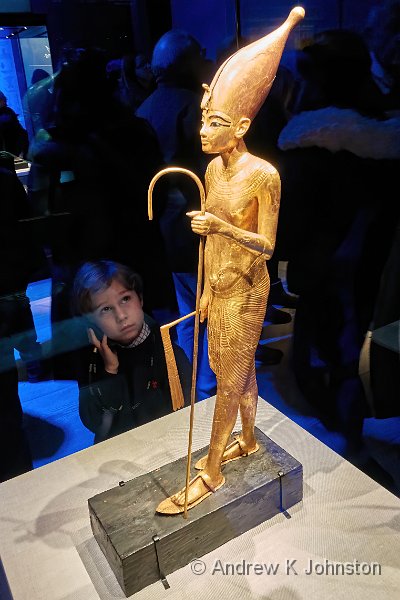 The captions and explanations are displayed either above or below the exhibits, large enough to be read easily without constant manipulation of glasses. These include both practical explanations, and apposite quotes from The Book Of The Dead.

The exhibition is also, bar none, the most photography friendly one I have ever attended. There’s no restriction on taking images, and little on equipment although flash is banned and large kits discouraged under the "large bags" rule. Tripods are not explicitly banned, but similarly covered and I didn’t see anyone attempting to use one. However there’s no need for them as the exhibits are all well lit, with dark backgrounds and a clear attempt to avoid reflections, hotspots and distractions. I just used my diminutive Sony RX100 mk IV, but any medium-sized DSLR or mirrorless with 24-70mm zoom lens would be equally acceptable and successful.

I was very please with the results from the Sony. Most didn’t need any correction beyond what Capture One applies by default with maybe some highlight and shadow recovery. For most images I just cropped in on the artefact, knocked the background back to black, and removed any remnants of the surroundings, for a "pseudo catalogue" look. Alternatively you could leave it lighter and include a bit of context, like my photo of a young admirer above.

The ancient Egyptians believed that you only truly die when the last person speaks your name. If that’s right then Tutankhamun succeeded in his quest for eternal life beyond his wildest imaginings. If you get a chance, then go to the exhibition and speak his name too. 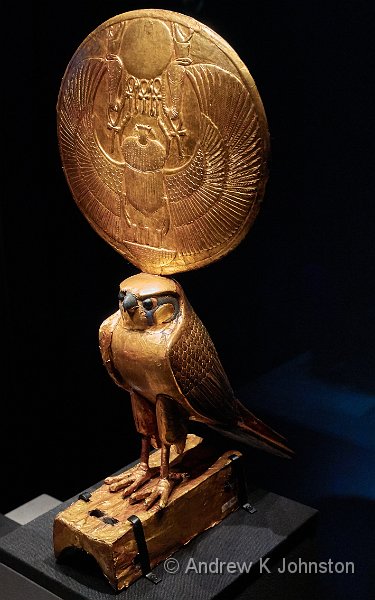