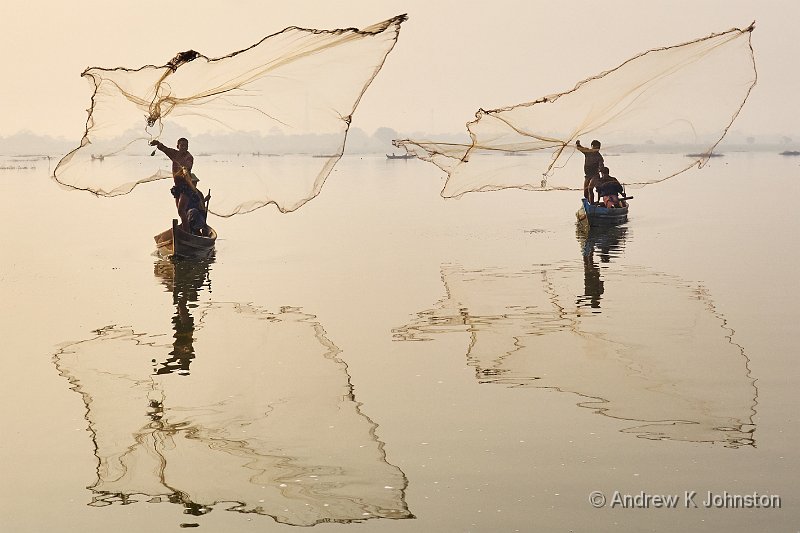 Today was not quite as restful as planned, and tummy grumbling slightly – this trip is quite hard work. That said, it’s another excellent day of photography.

After an early start – quel surprise – we go back to the old teak bridge first thing, and photograph locals coming and going, and then fishermen casting their nets. We then shoot (& I film) the farmed ducks being led to the lake for the day. It’s fascinating that a group of  several hundred ducks can be trained to follow a farmer from their pen to the lake, and then back at the end of a day’s "grazing". Phil has the idea of putting my little Sony RX100 in movie mode at ground level in the ducks’ path and it works quite well. When I’ve sorted the video out I’ll post it for review.

On the way back to the hotel, I start thinking about whether one can really plan travel photos or not. Photography textbooks are all full of a concept called "pre-visualisation", the concept of seeing the finished image in your head before pressing the shutter button. Set aside wrangles about semantics and whether "pre" has any role here (surely this is just "visualisation", or "envisioning"?) I suspect that this is a concept with limited value in our modern photographic environment. Firstly with live view and the ability to set picture styles and aspect ratios in camera, you can get close to the expected look of an image, and you probably only need to "visualise" when that’s not possible and you need to plan post processing work. However the main issue is that travel photography is more about "found" images. You may research a bit about your target locations, but the individual images are still tricky to plan.

As an exercise, I have set myself a target of capturing something about Mandalay transport. Shine, who originates from the city, has told us that Mandalayans are born riding motorbikes, and that certainly seems to be the case. I have started collecting images which represent this. I rather like the following one, but what I really want, which I have seen several times and "visualised", is an image of a bike with two attractive women sitting side-saddle on the back! Getting good images from the bus is tricky, but I’m working on it. 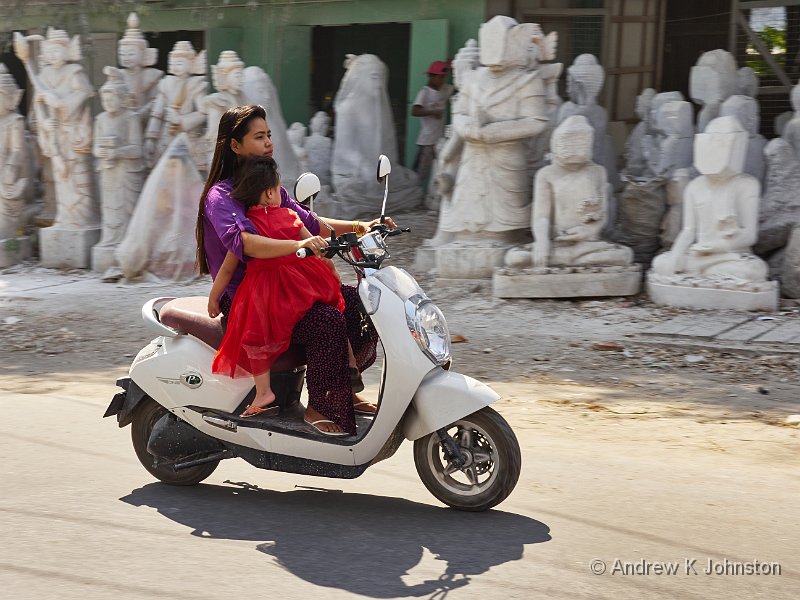 After a late breakfast and lazy lunch break we are back on the bus, first to visit where they carve all the alabaster Buddhas and other religious icons. This is done on a massive scale, out of a number of  small workshops but with the total volume being very impressive. After that we visit the banks of the Ayarwaddy (Irawaddy) river, where there are substantial migrant worker villages. Essentially most of the "heavy lifting" of moving goods around in Burma, whether by boat or other methods, is done by these people who move seasonally depending on the state of the rivers. They are very friendly, and we are welcomed into their village to take photos, but like many similar communities sanitation is clearly a bit of a challenge, and coupled with my slightly fragile state I’m happy to bail fairly quickly to the bar of the posh hotel over the road. 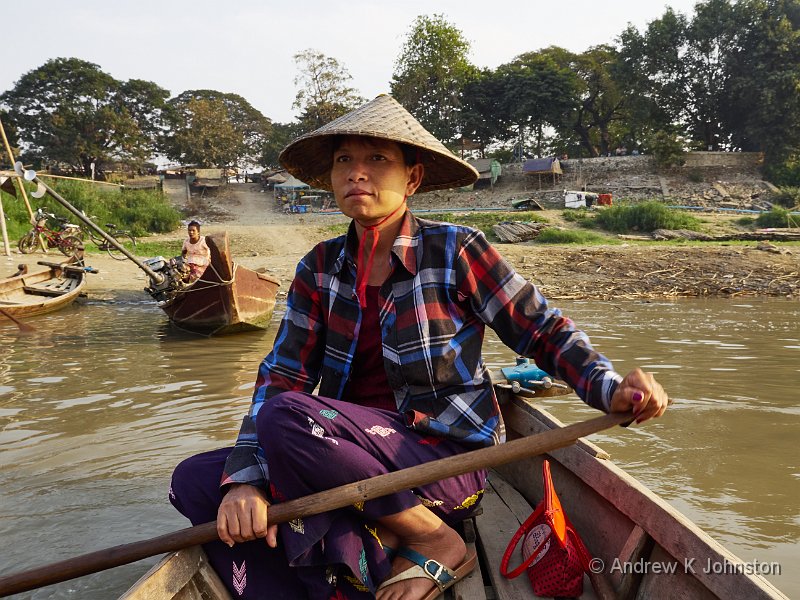 There we seem to have crashed the local Valentine’s day event. There’s a definite over-supply of roses, so much so that Phil and Geoffrey (not, as far as we are aware, any sort of an item) get one each, and that simply demands a photo, doesn’t it. I may post said photo, depending on how heavily I’m bribed with beer.