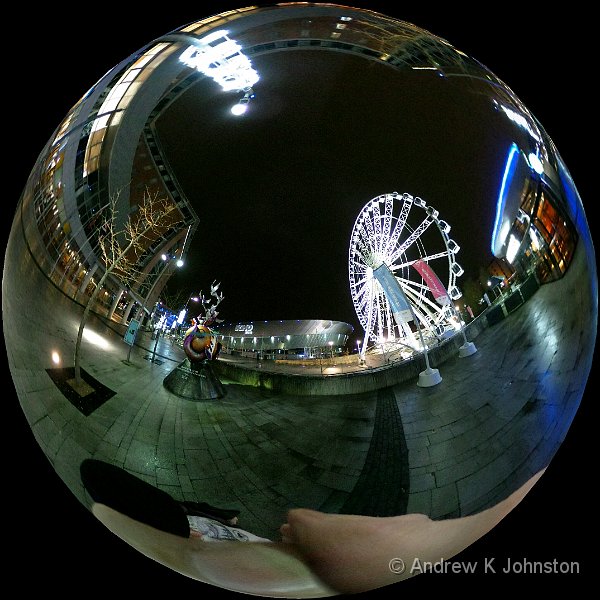 Apologies if it’s been a bit quiet here recently, but I’ve been submerged under a tidal wave of new (to me) technologies, and it hasn’t left much space in this bear’s brain for blogging. In the last month or so I’ve had to get my head around OpenLDAP, C#, Java development (OK, I’ve done that before, but not for about 8 years), microservices, Java Server Faces, Primefaces, and that’s just for one client. The other’s been a bit quiet, but even there I’ve had to outline and prove the concept of how to interface with an external expert systems framework.

However, that hasn’t stopped me “investing” in a few new toys. After the Cornwall trip I decided that with my changing eyesight I needed an infrared camera with an electronic viewfinder, and commissioned the guy in the USA who supplied the Panasonic GF3 to source and convert a GX7. Setting aside a nearly two-week delay through customs, mainly due to ParcelForce insisting on sending the charge note by second-class post (grr…), this turned up very promptly and works beautifully. It does appear to be a bit more fussy than the GF3 regarding whether autofocus will work in low-contrast scenes, but as I’m not likely to be using it to capture fast-moving action that’s not a major issue.

More recently, I’ve also plumped for a 360 degree camera, the Ricoh Theta S. This is a fun little gadget about the size of a small chocolate bar, with a lens on each side, and takes a 360 degree panorama in a single click of the button. It will do both video and stills, but the latter is probably more immediately interesting from my viewpoint.

There are some interesting dynamics to using this device. Firstly, it’s a return to much more of a “click and wait” process, on a shorter timescale than but otherwise not dissimilar to film photography. You can use it tethered to a phone or tablet, but a much more natural way to use it is to look for an interesting scene, hold it above your head and click, then look later at what you captured. This requires a discipline of “pre-visualisation” as Ansel Adams called it, but with the variation that you can’t just focus on what’s in front of you, but also need to be aware of what’s behind, above and below as well. A line of subjects on the horizon won’t produce a very good 360 panorama if you have an ugly or boring sky, ground or scene behind you. My usual policy of “getting high” may work fairly well, although that will produce images with much of the interest below the horizon line.

On the other hand, you do get a fascinating opportunity for what I call “post exploration”. Having downloaded the images, you can explore round them, looking at details which were invisible to you at the point of clicking, and trying to find a perspective which makes an interesting shareable static image. I’m becoming quite fascinated by the “small world” perspectives like the above, but there’s a lot of scope to go back to a favourite image and explore it again.

This process does also mean that I’ve had to join the selfie culture. At best, there are going to be a lot of shots of my thumb and the top of my bald head. However there’s a temptation to hold the camera lower and include yours truly in shot, so you have been warned 🙂

Editing is a bit tricky, as so far I haven’t found very good tools for the PC. There are reasonable tools for the tablet, which provides a fast and flexible way to view and explore the image, but the two-way export process if you want to return a cropped image (like the one above) to the PC is a bit fiddly. My search continues.

I went for the Ricoh Theta S, a slightly more expensive option, as reviews promised better image quality. It’s not bad, but like most small-sensor point and shoots there’s not much dynamic range, and so far I’m getting a lot of shots with blown highlights and muddy shadows. If there was ever a device which would benefit from in-camera HDR then this is it. There may also be some settings to explore, but given the very simple user interface I don’t hold out much hope in that direction. If I really get into this I’ll just have to find a grand for a Panono…

If you’re viewing this on a phone or tablet, have a go at exploring round the following by sliding and twisting (I haven’t worked out how to enable pinch to zoom, but I’m working on it.) Please let me know what you think.