What I Want In My Next DSLR – Progress Report 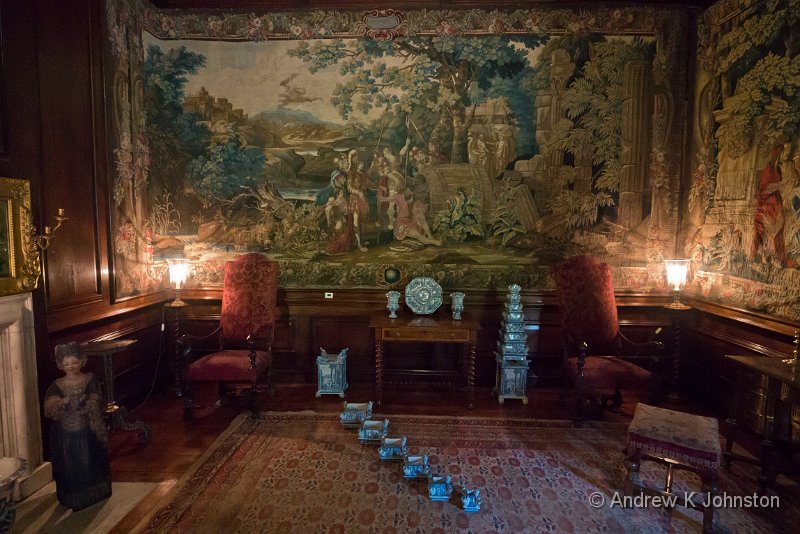 Have digital cameras advanced as picture-taking tools for serious photographers since 2010?

In 2010 I wrote an article assessing what I thought was then missing from the typical DSLR, in the hope that it might contribute to improving digital cameras as fully functional tools for photographers. Three years on, and having just got my hands on an absolutely brand new, state of the art enthusiast’s camera in the form of the Panasonic GX7, I thought it might be interesting to see how far we’ve got.

What I didn’t realise in May 2010 was that I would replace both my DSLRs within a couple of months. The Canon 550D and 7D were solid direct updates which gave me the Canon 18MP sensor but scored a round 0 against my other targets. Since then, I have not had the slightest temptation to invest in another DSLR. Compact cameras, yes. Mirrorless, yes. DSLR, no.

My latest “DSLR” has no “R” (reflex mirror) at all. However it is a proper enthusiast/professional camera which matches the basic features of my Canons very well, and I believe more accurately represents where cameras of this class are going.

So bearing in mind that this is now in the context of a “DSLM”, how are we doing?

1. Expose To The Right Metering. Nope. Unless I’ve missed something, most cameras still just offer evaluative or spot auto-exposure aiming for an overall mid grey. Manual metering (or manual compensation of auto-exposure) is easier with electronic viewfinders and real-time histograms, but you still have to “drive”. 1/10

2. Optimisation for RAW Capture. Not really. A lot of the GX7’s clever post shooting options are JPEG-only, and the histogram at replay is still JPEG-based. Highest shooting speed is similar. 0/10

3. Built-in HDR Support. Sort of, but they’ve got it wrong. The GX7 can do HDR, combining three exposures in camera, but it’s again JPEG-only with fixed settings. Many other new cameras are similar. To add insult to injury the GX7 supports my preferred 2-stop exposure bracket in the “HDR”  mode but I can’t set it manually! There are innovative ideas out there, like the 7D firmware hack which interpolates between alternative lines of the sensor captured at different ISOs, but nothing mainstream. 1/10

4. Bluetooth. Yes (makes a change :)). I got the technology slightly wrong – the camera world has gone for a WiFi based solution rather than Bluetooth. Otherwise what I wrote in 2010 could be the product description. I haven’t played with the solution for the GX7 yet, but it’s promising. 10/10?

5. Note Taking, Tagging and Content Enrichment. Limited. The GX7 has some annotation capabilities, but they are very limited, and, astonishingly, JPEG-only. Have these guys never heard of XMP files? I’m not aware of anything better in a dedicated camera, but the new Samsung Android-based one might move in the right direction. 1/10

6. Geotagging. Partial. Despite being a common feature on high-end “point and shoot” cameras, very few interchangeable lens models have GPS. The GX7 supports working with a phone as “teathered” GPS, much as per my 2010 concept, but it looks like it might be quite heavy on both phone and camera battery life. I really don’t understand why manufacturers don’t just build GPS in. Meanwhile I’ve got a good system which works for all my cameras using the phone to do a periodic log, and then tagging images using Geotag. 4/10

8. Hyperfocal Auto-Focus, and Automated Focus Bracketing. No. Newer cameras offer better support for manual focus, like focus peaking, and may be better at getting the maximum spread of subjects captured by auto focus,  but still extend little control over the auto focus. 2/10

9. Intelligent Panorama and Multishot Support. Disappointingly no. The GX7 has panorama support, but it’s JPEG-only. See above for criticisms of its HDR and bracketing features. It does have the ability to tag related shots together, but you have to do it manually after shooting. At the very least it should be possible to automatically tag a bracketed set together, but no. 1/10

10. Tripod Sensitivity and Mirror Lock-Up. No, but getting less necessary. Going mirrorless removes the need for mirror lock-up, and stabilisation mechanisms are getting progressively more tolerant. However the GX7 manual still recommends you manually switch stabilisation off when the camera is on a tripod. Why can’t this be automated? 3/10

11. Camera Plate Anti-Rotation Hole. Again no, but the necessity is reducing. The problem gets less with lighter cameras, and I’ve invented my own solution by adapting a long tripod plate with a strategically-placed screw. 10/10 to Andrew, 2/10 to the camera manufacturers.

12. Just Add Lightness. Yes, albeit in an unexpected direction. Like for like things have actually got worse. My Canon 7D and 15-85mm lens is significantly heavier than the 40D and 17-85 it replaced. However I have cheerfully embraced the micro four thirds standard, and the cameras and lenses are both dramatically smaller and lighter. The trade-off is rather more fiddly handling – in many ways my ideal would be the same weight but a size larger – but I’m getting used to the new paradigm. 8/10

So, a grand total of 33/120 (if my optimism about the wifi solution is borne out in practice), or about 27%. The three year report reads “could try harder”.