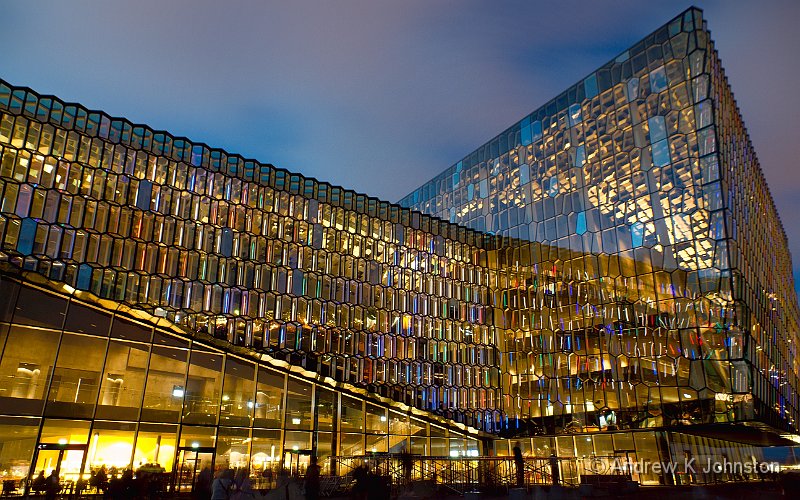 From the Ministry of Odd Coincidences: I’ve been on four organised photography tours, and I’ve now been in the right place to witness marathons or “fun runs” on three of them. The latest was the annual Reykjavik Marathon. I wonder why this keeps occurring?

From the Health and Safety Executive: If you sit down at lunch and all the welds holding the seat to the chair legs suddenly fail, it isn’t necessarily because your wife is right and you’re overweight. It could simply be down to the fact that the chair has been out in one too many Icelandic storms and the restaurant should apologise to you instead of the other way around. The lesson: understand how to inspect a cracked weld for rust (and maybe lose a few pounds too! :)).

From the Department of Pointless Activities: If a restaurant has limited English reading matter, a two year old copy of Stuff really is probably worse than nothing. It’s quite scary how many of the new gadgets in that magazine have been, gone and already been replaced.

From the Icelandic Department of Culture (OK, they really exist, but why spoil a good format?): Reykjavik “Culture Night” is a fascinating thing to experience. Having seen the Marathon off this morning downtown Reykjavik was a bit dead, and I got a taxi over to the big shopping mall, and had lunch there. When I got back, Reykjavik was completely transformed, with almost the whole centre pedestrianised and every street corner sporting a burger/beer stand and live music. It looks like almost the whole Icelandic population has turned out, and I’m amazed that the country has that many musicians and PA systems.  It’s not even just music – one square was hosting a pole dancing competition! The only minor problem is that the area opposite my hotel has been given over to an Iron Maiden tribute band. They’re not without talent, but very loud…

I’m off now to sample some more of culture night. Hopefully I’ll be able to update you later with some pics of the fireworks.

… The remainder of Culture Night was a mixed bag. The big Jazz concert to start the Jazz festival was, to be as charitable as possible, “simply weird shit” (the uncharitable wouldn’t bother with “weird” :)).  However, once I gave up on that and went in search of a drink I found an amazing Christian blues band playing in the back of a tiny coffee house. The fireworks weren’t quite where everyone expected them, and by the time I’d moved and got the camera settings right I didn’t get many good shots. On the other hand, the lighting up of the Harpa concert building worked wonderfully, and I got a couple of decent shots, one of which is the image for today.

The guides arrive early Sunday, and then the landscape photography begins. Watch this space.