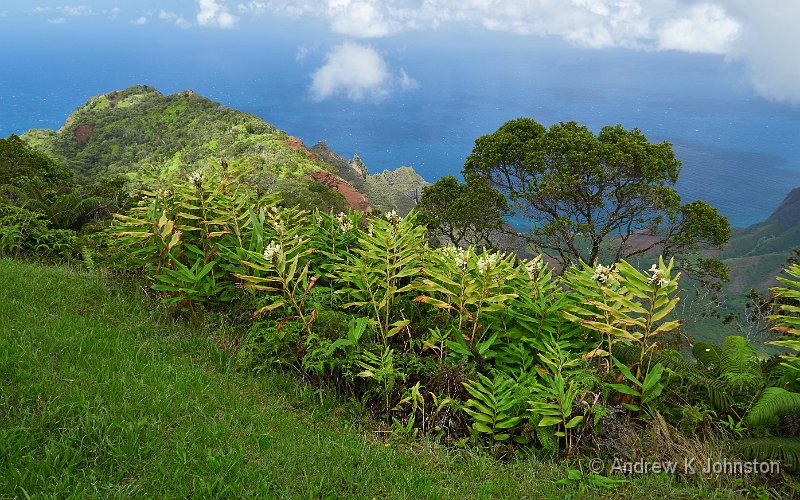 Sleep is again interrupted by bedding problems and over-keen roosters.

Chickens are in fact a major factor on Kauai. Almost everywhere you look you can see one or two padding around, and it’s rare that you can’t hear a cockerel. We learn later that although most are feral, they are quite welcome as they feed on insects which would otherwise be a problem, and are effectively protected (in contrast to feral pigs, for which the Parks Service will happily give you a permit and probably a gun.) 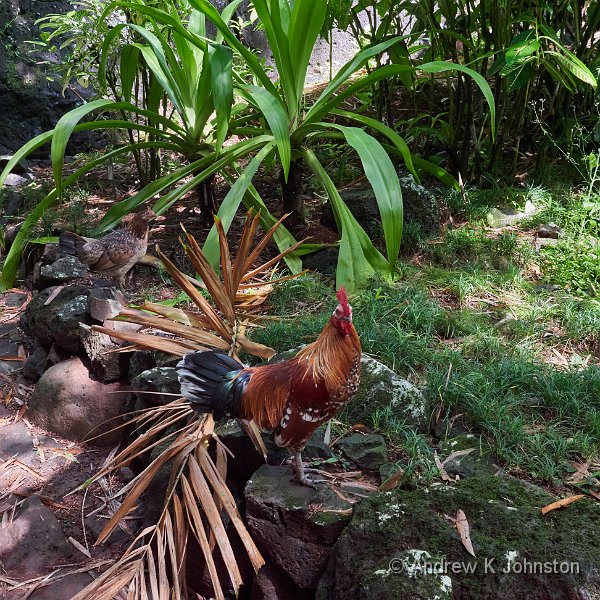 Wherever I travel there are usually species which has adapted to living off the scraps of human activity: pigeons, the little brown birds on Barbados, the feral dogs of Bhutan. Here it’s chickens, and they’ve even got bloody good at crossing roads!

We opt for a light breakfast and then head up into Waimea Canyon. This is just as dramatic as billed – deep and full of interesting forms, but a combination of rock with contrasting greenery and dramatic waterfalls, unlike its cousin in Arizona. 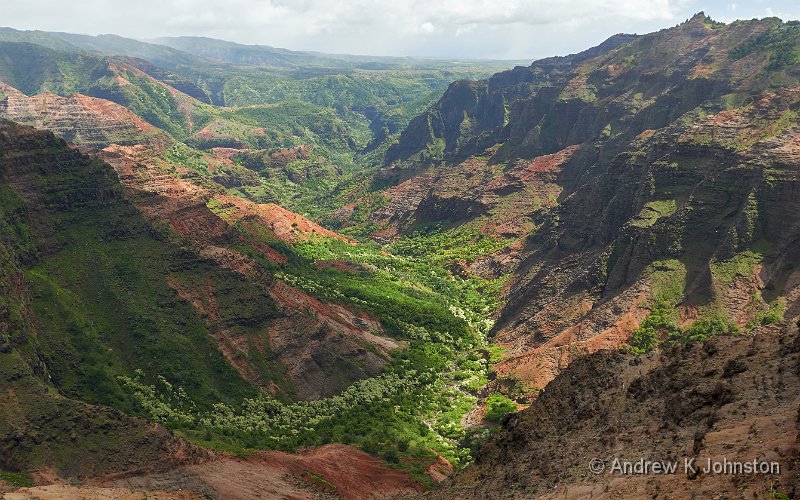 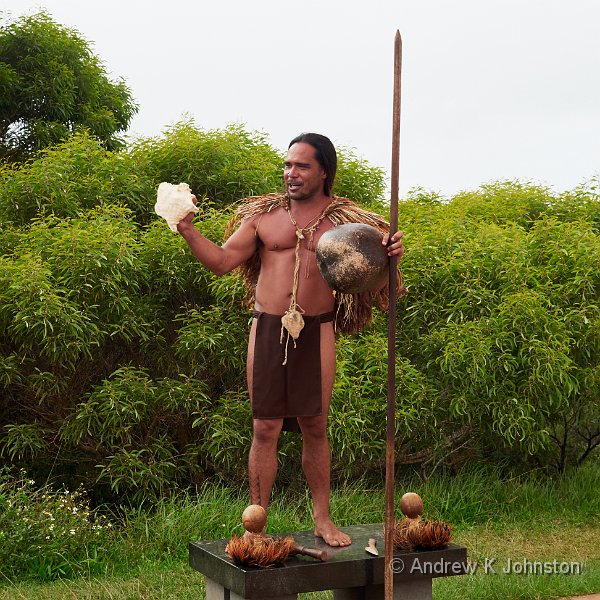 The views are also enlivened by quickly changing weather. At one point we are looking down onto the inaccessible Na Pali coast, the view is clear, then completely disappears in low cloud and then clears again, in less than 5 minutes. We eat our sandwich lunch sheltering in the car from a sharp shower, and read that the mountains in the west of Kauai are arguably the wettest place on earth.

After exploring the canyon we have a relaxed afternoon shopping in a local historic town. However it proves surprisingly hard to purchase a cup of coffee after 4 pm. Kauai shop working hours are so short they make a joke of it themselves, but it does seem oddly un-American.

We have a good dinner, and then an early night, with a rather more restful nights sleep.