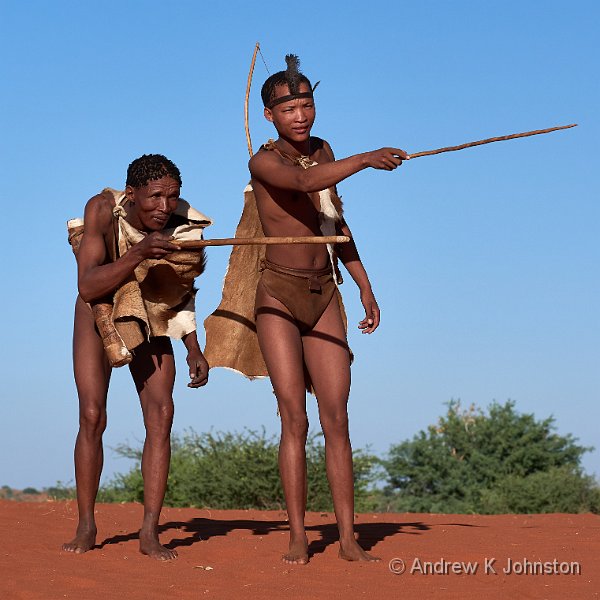 Having been out until gone 11pm doing the night photography, I boycotted the dawn shoot back in the quiver tree forest, had a bit of a lie in, and joined the party at breakfast. We then moved off north. On maps the B1 looks like a major road: Namibia’s main north-south artery. In practice it’s a fairly narrow single-carriageway road with a surface which has seen batter days, and our average speed was even lower than on the good road from Lüderitz. This adds insult to the potential injury that from where we joined the road to the next major town at Mariental is over 220km without even a gas station or loo stop!

Anyway, we did the trip without incident and only one emergency stop (just as well, as trees are also in short supply), and after Mariental turned east into the edge of the Kalahari Desert, ending up at another game reserve, Bagatelle. I have to say that for a "desert", that edge of the Kalahari is currently looking a lot greener than I expected, but apparently the rains this year were a bit later this year, and that region got more than usual.

We had a relaxed lunch, entertained by some meerkats, but unfortunately I didn’t have my camera. Towards sundown we set off for another game drive. This started well, with good views of kudu, springbok and giraffes as well as various birds. It was spoilt slightly when our driver panicked thinking he had lost his bird-recognition crib sheet, and insisted on turning round and driving back at break-neck speed along the route we had already covered, ignoring our instructions to calm down. (The missing sheet turned out to be behind his seat…). However after a couple of beers watching the sun go down I was reasonably mollified, and I’m quite pleased with the bird photos. 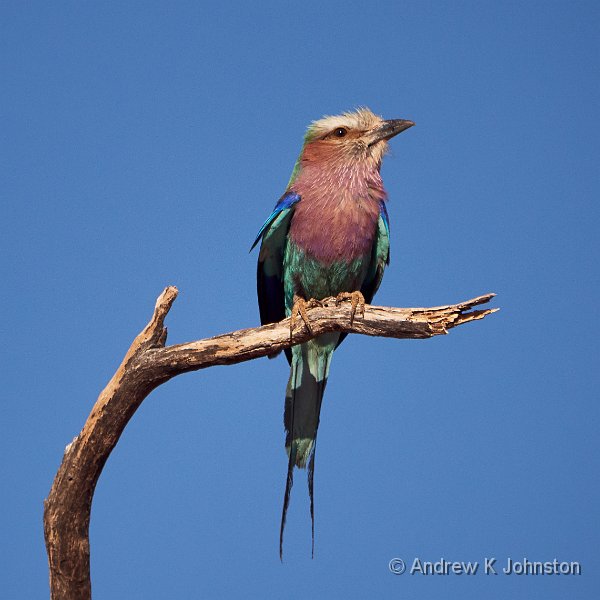 In the morning we joined a couple of Kalahari bushmen who walked us through the reserve to their camp, pointing out various tracks and giving us a demonstration of traditional hunting and trapping techniques. At the camp we met the wider family and got a chance, unique so far on this trip, to do some portraiture.

It was a little sad when we learned on the way back they actually live in a nice house attached to the lodge and carry the camp around in a Hilux, but I guess that’s progress…