I feel compelled to write this post to highlight a stupid law which rather than constraining terrorists hands them victory.

In July 2008 my wife and I attended the Northampton Balloon Festival. An enjoyable time was had by all, notwithstanding a complete absence of balloons, occasioned by the British weather.

One of the highlights was a successful attempt on the world record for the greatest number of performers singing “Y.M.C.A”! This shot captures the scene: 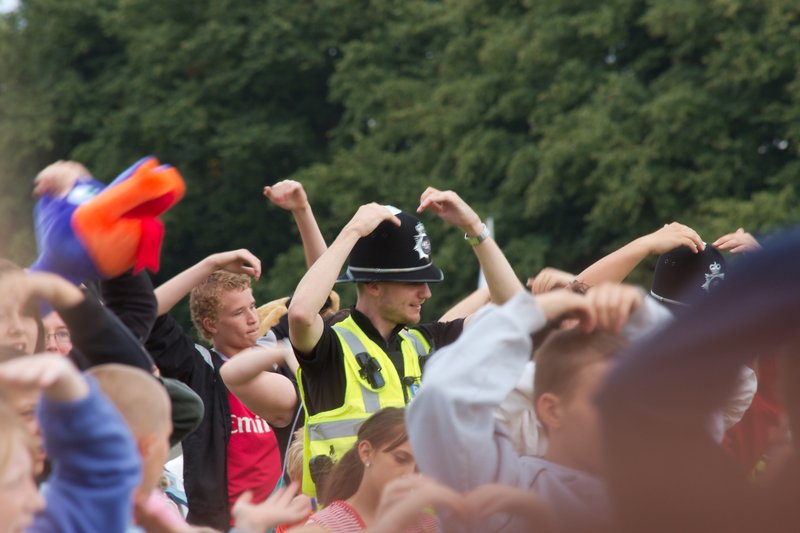 OK, it’s not “Afghan Girl” or “Migrant Mother”, but I liked it, capturing a British Bobby policing his community exactly as required.

This photograph is legal. Had I taken it after February 16th 2009 I would have committed a crime. The stupidity of that law hands victory to the terrorists.

This entry was posted in Personal News, Photography, Thoughts on the World. Bookmark the permalink.