Form vs Function – a Tail :) of Three Mice

Just in case you think some of my recent posts have been a bit anti-Microsoft, here’s one in which (spoiler alert!) they win!

Call me old-fashioned, but I very much prefer using a mouse to a trackpad or its relatives, and since my earliest experiences with Windows 3.0, I’ve tended to go for Microsoft mice by preference. Over the years they gained additional buttons and a wheel, lasers replaced the ball, and wireless connections replaced wires, but the core ergonomics and functionality have been maintained and gradually improved. About 2005 this resulted in the Microsoft wireless mouse, of which we have had several, colour matched to different PCs.

However when I started using a MacBook as my primary PC, I had a couple of challenges with this strategy. Firstly, while it may be pure vanity I like to have a mouse which visually matches my laptop, and the somewhat “chunky” Microsoft options didn’t really float my boat. More importantly with the limited set of ports on a MacBook I couldn’t afford to tie up a USB port with the mouse or (worse) risk damaging one if I forgot to unplug the wireless dongle, something I have experienced on other PCs. As the MacBook runs with BlueTooth and internal wireless permanently powered on, a BlueTooth solution seemed sensible.

A visit to PC World didn’t reveal many options. Apart from the Apple mouse (the ergonomics of which I don’t particularly like) most mice seemed to be either wired, WiFi based and/or very chunky. Then I discovered the HP Z5000, an elegant thin white slab, with BlueTooth, two buttons and a wheel. Great! 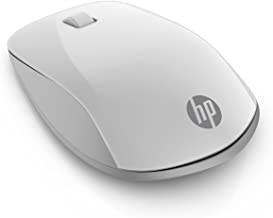 Or so I thought… Time revealed two problems. One is ergonomic: the wheel is the same smooth white plastic as the body, and if your fingers are at all wet or slippery it is completely impossible to scroll accurately. The  other is electronic, with the PC and mouse periodically becoming “disconnected” and requiring some random mouse movement or, occasionally, cycling the mouse’s power to re-establish connectivity. For reasons not immediately apparent, this appears to become worse when working in bright ambient outside light, just the conditions under which you can’t afford intermittent loss of the mouse’s position.

After working with these limitations for a year, we finally gave up after our last holiday, and decided enough was enough. Research suggested a new option, in the form of the HP Z8000. 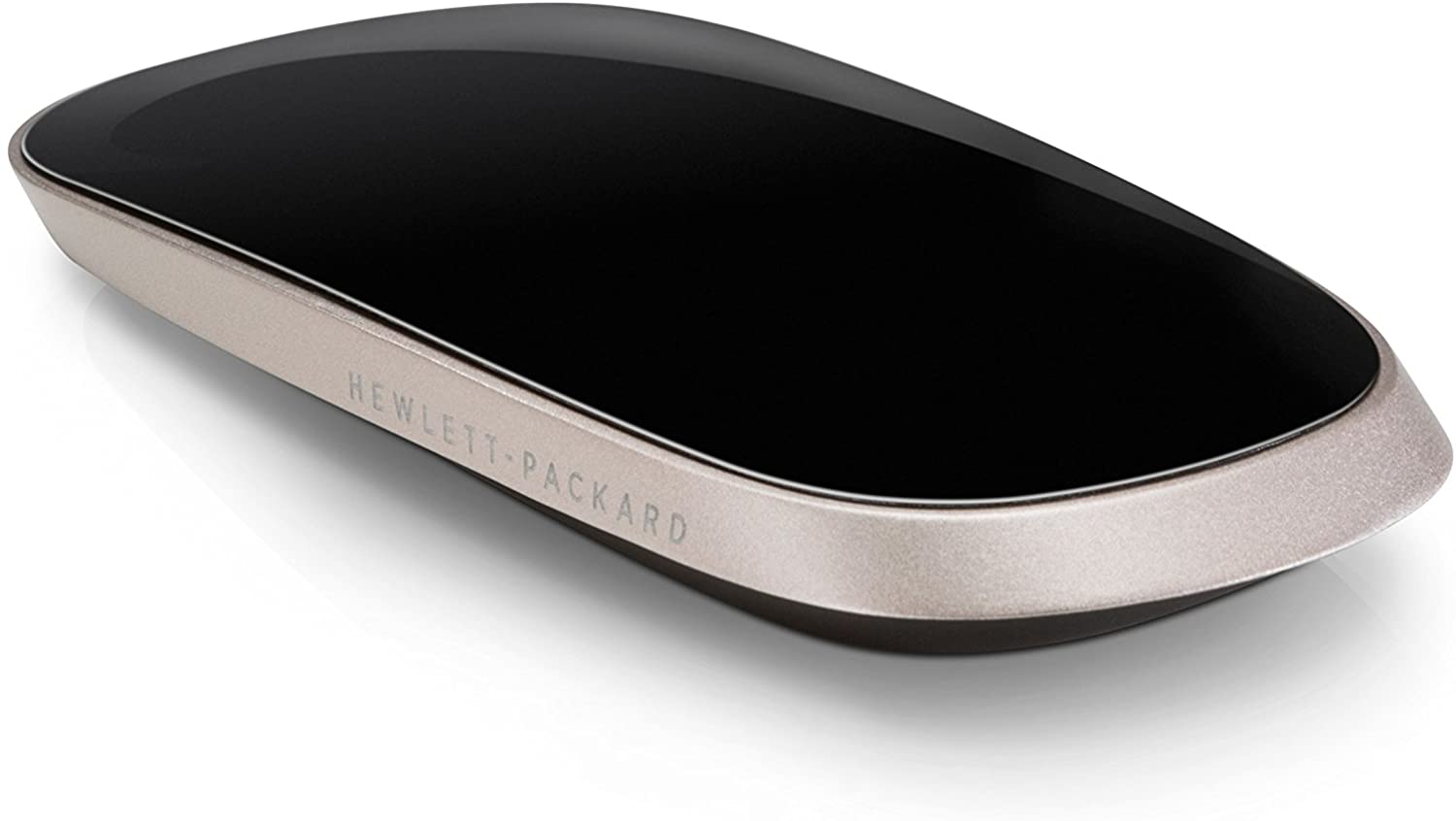 This is a piece of gorgeous industrial design: a thin black slab edged in brushed aluminium which is a very good match to the MacBook’s own finish. The top surface is a capacitative touch panel – tap to click the mouse, swipe forward and back to simulate the wheel scrolling normally, or left and right to simulate a horizontal scroll. It also allegedly has much improved power management and connectivity. Wonderful! Well worth the £40+ asking price.

Or so I thought… To start with there’s no evidence whatsoever that HP have addressed the connectivity problems. If anything, they are worse. More of an issue is that the touch panel just doesn’t work very well. If you are very careful and precise with all your movements it’s just about usable in a program like Microsoft Word. However if the software supports any form of horizontal scrolling (e.g. XnView, or Windows Explorer in “tile” mode), then you end up with a working context which jumps about constantly and randomly. With some programs, such as CaptureOne, it becomes almost unusable.

Back to Amazon, and I discover this gem: 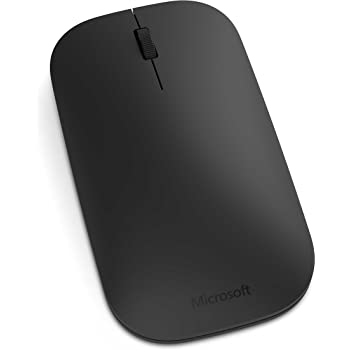 Yes, it’s a Microsoft “Designer” BlueTooth mouse. Price about £16, although it does vary. Just a lump of black plastic, although at least it’s now thin enough to work alongside the MacBook. Textured scroll wheel and two obvious buttons, each with a definite “action”. Picks up the control points in CaptureOne without issue. And so far not a single random connectivity problem.

Function trumps form, substance beats style, in mice if not always in men!

This entry was posted in Agile & Architecture, PCs/Laptops. Bookmark the permalink.