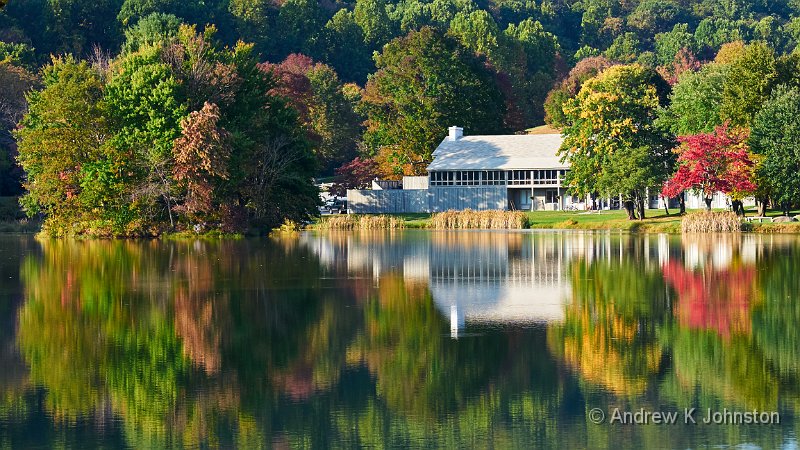 I just realised that for some reason I never posted the last few days of our blog from our trip to the USA in 2014. Since I’m shortly going to start another one, I thought I should get my house in order! Hopefully you will have followed so far, but if not please look at www.andrewj.com/blog/usa2014.

The next section of the Parkway is relatively empty, winding through North Carolina and Virginia farmland, so today is a day to cover some miles up to the northern section. At about 10 we get off to get coffee, and get trapped in long and complicated roadworks on a side road. However we find a wonderful little Cuban restaurant which makes a great cup of coffee to compensate.

At lunchtime we arrive at the Mabry Mill, which must be the busiest location on the Parkway. This has an excellent restaurant where we actually have to wait for a table, a fascinating park with rangers practicing old folk crafts, including a working blacksmith’s shop, and the mill itself, which must be the single most photogenic site on the road.

After a long lunch break it’s back on the road to The Peaks of Otter, which is home to the only park lodge on the Blue Ridge Parkway. Another excellent restaurant, and we make the tactical error of ordering a prime rib each, and can hardly move when we’re finished. This holiday may be pleasant, but it’s certainly not diet friendly!

The Peaks of Otter is a very photogenic location, with the tiny Abbot Lake nestled between three small mountains. A loop around the lake produces shots with wonderful reflections of the Autumnal trees and lodge buildings in the mirror-like waters. The only challenge is that there’s quite a lot of algae in the water and the look changes a bit with the light, so we do two loops, one at each end of the day.

After breakfast and the morning loop we go to explore the "wrong" Lynchburg, the much larger town in Virginia. While this doesn’t have a certain distillery, it does have a lot of Civil War history, and is a shining example of urban regeneration in progress.

The ladies in the visitor centre are charmed to see us – I don’t think they get many British visitors – and deluge us with advice and leaflets, as well as welcoming us to leave the car outside the centre all day, which solves any problem with parking. We decide to follow the Civil War walking tour. This starts with a memorial which spans a long set of steps between two streets, reminiscent of a San Francisco staircase, and honours local dead in all wars up to the first Gulf War. Presumably the Iraq / Afghanistan memorial is being planned.

Lynchburg was mainly a Confederate logistical and medical centre. They did have one short battle, but a wily old Confederate general pulled off a large-scale version of the Beau Geste trick and persuaded the Union that he had many more men than in reality, and after that they were left alone. This means the walking tour is more about hospitals and supply depots, but it does take in the various areas which are being vigorously regenerated in the hope of creating a cosmopolitan, modern café-culture city centre using the shells of old tobacco warehouses and shoe factories.

Lynchburg does go in for the law in a big way. Court Street has five courts, and more legal offices than the Grays Inn Road.

Everyone we meet is charming and welcoming, and hopefully in a few years Lynchburg will be a model of a modern town making full use of its legacy.

On the way out we are reminded that Oscar Wilde was right. One of Lynchburg’s marshal arts centres has the splendid name of Feck’s. Wonderful!

This entry was posted in USA 2014. Bookmark the permalink.